Affordable Quinceanera ceremonies and traditions for 15 year old Latina young women, complete with tiara, last doll, quinceanera cake, themes and other traditional elements. The minister for the ceremony is nondenominational. The birthday girl can have a Spanish language ceremony or speaking in English or a little of both!
Information here is collected from the Internet.

What is a Quinceanera?

The Quinceanera or Quinceaneros is, in some Spanish-speaking regions of the Americas, a young woman’s celebration of her fifteenth birthday, which is celebrated in a unique and different way from her other birthdays. In some countries, such as Puerto Rico or Peru, the word Quinceanero is used instead of Quinceanera when referring to the celebration.

The word is also used to refer to the young woman whose 15th birthday is being celebrated. The closest equivalents to the Quinceanera in the English-speaking world are the sweet sixteen or, in more affluent communities, a debutante ball at the age of eighteen. In some cases, the birthday girl has a choice of a quinceanera, a trip, or a car.

This celebration marks the transition from the childhood to womanhood. It serves as a way to acknowledge that a young woman has reached maturity.

While this traditional celebration is still practiced nowadays in Latin America and Latino communities in North America, it is sometimes observed by other events that focus more on the quinceanera’s wishes (e.g. world traveling). However, in some cities the Baile de las Debutantes (Debutantes’ Ball) is also celebrated.

Some other traditions observed in the celebration include the giving and throwing of a quince doll. The display doll signifies the young lady’s last doll as a child and the throwing doll, usually a Barbie type or any other is fine too, is thrown by the young lady to the other female children in attendance much as the garter is thrown in a wedding. The celebrant is wearing flats, or flat shoes for the celebration but after the inaugural dance the father of the young lady, who is sitting in a chair in the center of the dance floor, removes her flats (girls shoes) and puts her high heels on signifying her becoming a young lady.

The traditional color of a quinceanera’s dress is pink but now in modern cultures the guest of honor picks the color of the dress. She also wears a tiara because she is a princess in God’s eyes that night. She holds a court with 14 girls (damas) and 15 boys (chambelanes) which including herself would equal 30 people, or, 15 couples (to represent each year). At the party the court does a waltz and a surprise dance. The girl also dances with her father but first changes from flats to heels to represent the first time she can wear them (the same with makeup). She could also get a doll with the exact same dress she has on to signify that this will be the last doll she ever will receive. In the past the party would show the girl is ready to be married, but now in today’s culture it is so the girl can date. 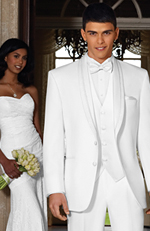 A Reading from the Book of Jeremiah

The word of the LORD came to me thus:

Before I formed you in the womb I knew you,
before you were born I dedicated you, a prophet to the nations,
I appointed you.

This is true. You don’t know how to speak at times so that you may be understood and appreciated. You are too young, but you have something to offer: Your love, your youth, your hope, your trust, your honesty.
But the LORD answered me.
Say not. “I am too young”
To whomever I send you, you shall go:
whatever I command you, you shall speak.

You speak from your experiences. You must speak about what you believe in; what you hope for, what you love.

“Have no fear before them, because I am with you, says the LORD.”

Do not be afraid, God who has given you life is and will be with you. He will be present to be your Strength, your Courage, your Hope. He will always be with you.

Then the LORD extended His hand and touched my mouth, Saying, See I place my words in your mouth!
Third Reading: from Paul to the Corinthians

If I speak with the human tongues and angelic as well, but do not have love, I am a noisy gong, a clanging symbol. If I have the gift of prophecy and, with full knowledge, comprehend al mysteries, if I have faith great enough to move mountains, but have not love, I am nothing. If I give everything I have to feed the poor and hand over my body to be burned, but have not love, I gain nothing. Love is patient; love is kind. Love is not jealous, it does not put on airs, it is not snobbish. Love is never rude, it is not self-seeking, it is not prone to anger; neither does it brood over injuries. Love does not rejoice in what is wrong but rejoices with the truth. There is no limit to love’s forbearence, to its trust, it’s hope, its power to endure.

This is the Word of the Lord.
Dedication Ceremony – Lighting of the Candle
The Quinceanera’s Prayer of Dedication

I offer you, O Lord, my youth. Guide my steps, my actions, my thoughts. Grant me the grace to understand your new commandment to love one another, and may your grace not be wasted in me. I ask you this through Jesus Christ, your Son, our Savior and Redeemer.
Oh, Mary, my mother, present my offering and my life to the Lord: by my model of a valiant woman, my strength and my guide. You have the power to change hearts: take mine then and make me a worthy daughter of yours. Amen.

Blessing of Gifts:
Lord, bless this Bible, rosary, cross, medal, flowers, all these things which we bless in your name that they may be a source of joy for (name) in her journey to you. Through Jesus Christ our Lord.

Final Blessing:
(Name), may the Lord bless you and keep you. R. Amen.
May he let his face shine upon you and be gracious to you. Amen.
May he look upon you kindly and give you his peace. Amen.
And may the blessing of almighty God, Father + Son and Holy Spirit, descend upon you and remain with you forever. Amen.

May he free you from all anxiety
and strengthen your heart in his love. R. Amen.
May he enrich you with his gifts of faith, hope and love,
so that what you do in this life
will bring you to the happiness of everlasting life. R. Amen.
And may the blessing of almighty God
the Father and the Son, + and the Holy Spirit,
descend upon you and remain with you forever. Amén.
Dismissal (The minister may invite the quincea era and her parents for a picture before the dismissal.):
With the joy of this day, go in the peace of Christ to love and serve the Lord. R. Thanks be to God.

There are some aspects that are common to all Quinceaneras.

tiaraThe most symbolic act during the Quincea era is the changing of the shoes. The girl’s father switches her shoes, from the flats she arrived in, to the high heels she will leave in. Shoes and crowns play a pivotal role in the birthday girl’s transformation in the eyes of the community from girl to young woman.

At the fiesta, the father dances with his daughter and then the mother takes her and dances with her until they get to the make-believe throne. The crown is put on her head by the mother, and when the girl is sitting, the father comes and takes off her sandals and puts on the high heels. Then the father takes his princess out to dance again and from there the party continues.

Maintaining tradition takes work and Panchita does what she can to make a girl’s sweet fifteenth birthday a special one, including working closely with the girl and her family.

1. Traditional Gifts to the Quinceanera have special meaning for the celebration, and their honored significance relates to the Quinceanera’s coming of age. The Traditional Gifts are special signs of loyalty and commitment to God, family and the community. Where the celebration includes the Mass of Thanksgiving, the gifts are presented to the priest for special blessings. 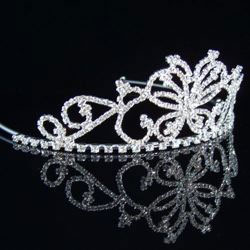 TIARA
Denotes a “princess” before God and the world; a triumph over childhood and ability to face the challenges ahead.

BRACELET or RING
Representing the unending circle of life, it symbolizes the unending emergence of the young woman’s abilities and future contributions to society.

EARRINGS
A reminder to listen to the word of God, and always hear and respond to the world around her.

CROSS or MEDAL
Signifies faith – in God, in herself, and in her world.

BIBLE (or PRAYER BOOK) & ROSARY
Important resources to keep the word of God in her life.
In some Hispanic cultures, the gifts are given to the Quinceanera by “padrinos” (also called godparents or sponsors) specially chosen by the family. The padrinos who give the Traditional Gifts are formally recognized, and often are part of the procession for either the church or reception ceremony, or do the presentation of the gifts to the priest for the blessing.

The TIARA also plays a role in the actual Quinceanera ceremony. It is traditional for the headpiece worn by the Quinceanera to be ceremoniously replaced with the TIARA. The “crowning” is done either by her parents or the godparent presenting the gift. A scepter is also presented to the Quinceanera at the same time. The scepter, being an emblem of authority, signifies authority (and responsibility) now being given to the young woman for her life. This ceremony usually takes place at the reception.
The Traditional Quinceanera Gifts are the distinctive, precious treasures for the ceremony; a cherished custom that highlights the Quinceanera celebration.

Prayers of the Faithful:
Loving Father, with (name) in this celebration of her fifteen years of life, we offer these sincere prayers:
1. For our bothers and sisters who live in poverty, that we might help one another and that civil authorities might concern themselves for the most vulnerable among us, we pray to the Lord.
2. For (name), who thanks you for the gift of life, and for all our young people that they might always honor their parents and be protected by God, we pray to the Lord.
3. For the parents and sponsors of (name) and for those who have guided and helped her, we pray to the Lord.
4. That our young people discover their vocation and have the courage to follow it, we pray to the Lord.
5. For our deceased relatives, that they might rest in the peace of Christ, and receive the reward of eternal life, we pray to the Lord.
7. In a moment of silence, we remember our personal intentions (pause for ten seconds), we pray to the Lord.
Gracious Father, you always love us, your children. Listen to the needs we present to you, asking the intercession of the Blessed Virgin Mary and all the saints. Through Jesus Christ our Lord who lives and reigns with you in the unity of the Holy Spirit, one God forever and ever. Amen.